Economic Development Board, one of departments of Singapore Ministry of Trade and Industry announced on October 29th that they have participated in series C financing of the education technology giant, Coursera. In August, Coursera has raised almost half billion dollars financing which led by New Enterprise Associates, KPCN, International Finance Corporation and Times Internet Limited. Now investment from the government of Singapore has bringing the series C funding to US$61.1 million. The amount Singapore government has invested in Coursera has not been disclosed. Including this round, Coursera’s total funding so far is around US$146.1 million. 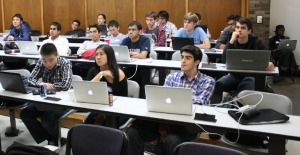 Coursera began to crack overseas market such as China, India and Latin America since Rick Lavin became the president. Chu Swee Yeok, CEO and president of EDBI stated that EDBI is pleased to partner with Coursera in growing its presence in Singapore as well as the region, leveraging Singapore’s reputation as a leading knowledge hub with well integrated high-quality systems of education and training. This is not the first time Singapore cooperate with Coursera. Since 2013, Coursera has partnered with the National University of Singapore and the Nanyang Technological University since 2013 to provide a dozen courses from both universities. Now this second-leg investment can be seen as an evidence that company’s expansion to Asian market. 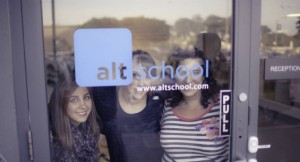 New York Post: Is this Silicon Valley-inspired school the future of the education

Altschool claimed they will change education of next generation–“The school Silicon Valley thinks will save education”. Altschool is a learner-centered micro-school with small cohort, world-class teachers and engineers from Silicon Valley. Altschool focuses on K-8 education system, limiting each class into 25 children, developing a new form of personalized education plan that allows students to design their own playlist of lessons. Altschool also hired 45 engineers to develop more educational products and platforms in order to improve quality of personalized education as well as communication between teachers, parents and students. Currently AltSchool has four branches in the Bay Area, and will expand other two schools in Palo Alto and Brooklyn by the end of fall 2015. 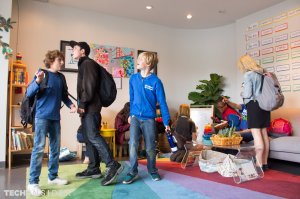 Altschool can be regarded as a successful innovative model for offline education. Entrepreneurs and investors are both seeking future direction for education. A lot of new educational apps and platforms apply O2O (Online to Offline), B2C (Business to Customer) or C2C (Customer to Customer) models into their products to attract more clients. Online education firms have obtained rapid growth in a global wide, however, offline education remains the major form of education. O2O might be the most scientific model for education which combines the advantages of Internet and traditional classroom. Online platform provides students with flexible, sustainable innovative curriculum, while traditional classroom should offer personalized administration and supervision as well as interactive, student-centered learning environment. The ideal future education should define in the following points:

Edsurge: Coursera Boosts Series C Round to $61 Million, Thanks to Singaporean Investor. https://www.edsurge.com/news/2015-10-27-coursera-boosts-series-c-round-to-61-million-thanks-to-singaporean-investor

CBS News: AltSchool: The next generation of education? http://www.cbsnews.com/news/altschool-alternative-education/